Magnificently located at the end of Lake Singkarak, on the edge of the largest caldera lake in West Sumatera, Sumpu is still perfectly the same ancient village described by wandering travelers who ventured into the depths of Minangkabau in the past.

Tucked away in the luscious green valley between the verdant hills lining from north to east, the vast rice fields beautifully compliments the farms nearby. Framing one’s vision towards Mount Marapi and Singgalang. The rice fields are divided by the stream of Batang Sumpu River with crystal clear water where one can see one’s own reflection. Aging houses sit comfortably by the river, shaded by grand trees where sunshine runs high. Most of the houses still keep its traditional Minangkabau design, judging by the length of the room, and the height of the roof that adopts the shape of bullhorns with three tips on each end. Arrays of coconut trees stretch in a parallel manner, serving as natural fences on both sides of Batang Sumpu. An assortment of fruit trees grow fertilely by the river, producing a mesmerizing aroma in due season.

At daybreak, a golden beam of sunlight delightfully reflects on the surface of the lake and flickers through the morning dew on the leaves. The asphalt road connecting one village to another, though narrow, was mostly vacant. Apart from the few young students on their way to school, the only one occupying the path was the morning fog seeping its way out through the woods like a soft blanket in a rainy season. Older men and women were still getting ready to head for the farms, putting their farming tools on their shoulders and weighing themselves down. A government car passed by, followed by a bus heading towards either Padang Panjang or Solok City. Once the cars were out of sight, the road was once again a lonely cold black desert.

That morning, a couple of old men were silently sipping their coffee at a roadside coffee stall. Neither of them felt compelled to start a conversation. I walked into the coffee stall, known as warung kopi and ordered half a glass of brewed coffee. Shimmering heat was rising from the fireplace where yams were being fried. The yams were soon presented in a piece of tray. As the sun rose, the stall was yet to see more guests. “Everyone has gone out, merantau (the act of migrating out of town to make a living),” one of the old men remarked, breaking the silence while staring through the window as I was about to take a sip. His words were floating in the calm silence, filtered by hot steam rising from his glass. Merantau is the one proverbial advice passed down from generation to generation. The age-old advice encourages young ones to leave the village. “See for yourself if there’s anything to do here,” lamented the other old man. Migration is nothing new in the land of Minang people. Merantau, the spirit that fills the flesh of the Minangkabaus, is a migrant’s spirit. In the past, migrated Minangs always returned. Their experiences, knowledge and novelties brought from foreign lands made the Minang villages prosperous. It was this philosophy that defined the Minangkabaus.

These days the young men and women who left the village seemed to have been consumed by the city, except for when they came home once a year to celebrate holy days. That would be the only time the narrow roads in Sumpu looked overwhelmed by visiting vehicles. “Just like that, Sumpu is transformed into a temporary version of Tanah Abang,” said another old man gloomily. Muhammad Radjab, born and bred in Sumpu, once documented the festivity of holidays on the Minangkabau plateu in his book Semasa Ketjil di Kampung, Autobiografi Anak Minangkabau 1913-1926 written in the early 20th century. “Days before Eid Al-Fitr, children and youngsters would be busy making bamboo cannons,” Radjab wrote. On the night before Eid, also known as Takbiran, they would fire the bamboo cannons, and the sound would be heard by people in other villages, who would fire back in glee.

When the festivities ended and routines resumed, Sumpu was best described with a tale as old as time itself, “negeri yang diikalahkan Garuda-a land conquered by the Garuda, a mythical bird that become Indonesia’s national symbol”. The young men and women left the village in search of a better life. It was as if all they did in the village was preparing the young ones to be ready to leave. Muhammad Radjab, once again, pictured his home village in a memoir based on his childhood, first published in 1950, and recorded his take on the will to leave: “I will eventually leave the village, somehow.” For Radjab and most people from Sumpu, the village was meant to be a place they missed from afar. It was a village where one only spent one’s childhood and old age.

Unfortunately, this phenomenon did not always turn out in a positive way. The houses of  Sumpu show how much that tradition has changed. Hundreds of villages are struggling as Minangs, predominantly men, leave never to return. More than half of the Minangkabau’s rural population have become part of Indonesia’s urban population. This however is not surprising as Indonesia is now known as a country with the fastest growing urbanization in Southeast Asia. In 2011, the proportion of the urban population reached 51 percent and it is predicted to reach 68 percent in 2025 (Indonesia Economic Quarterly, July 2013). The urban life, a flickering illusion of ease and opportunity bewitched mindsets of rural migrants.

Many of the traditional houses, called rumah gadangs, have collapsed. In Sumpu, these last matrilineal fortresses predicted to be hundreds of years old were en route towards their undignified destruction. The bullhorn-like tips of the roofs now bowed down instead of standing tall against the sky. The walls darkened with holes as they there were succumbed to the power of time.

These houses had been left by their owners with nobody to take care of them for years. Some of the owners who had not visited in years entrusted the house to their relatives or neighbors, but these people, too, decided to move out. Even if there were people living in those houses, they would be the older generations who could barely do housekeeping activities.

Needless to say, more and more rumah gadangs in Sumpu broke down. Out of more than 200 houses, only 40 managed to keep its shape, but this number did not last very long. Five houses were later struck by lightning and flattened to the ground.

When the rumah gadangs tumbled down, the matrilineal culture, which many were still latching on to come down with it, so the Minangkabaus believe. The rumah gadangs play a central role in preserving the relationship among the largest adherents of matrilineal kinship system on earth. Thus, Sumpu is determined to bring back its past, rebuilding these collapsing fortress. The old rumah gadangs are soon to be restored. People have grown committed to this cause. Almost every layer of the community is willing to get involved: the migrants, the lowest structure of governance, to the highest authority both formal and cultural, governments of the regency and the province, to the academics and experts in architecture, they all come together in the project. The restoration is directly handled by the local community, as they dig and find the buried knowledge inherited from ancestors. The effort has been challenged by the difficulty of finding large trees. Forcing the youth of the village to go on a guerrilla mission into the woods, even if the forests themselves have run scarce.

With those large logs, rumah gadangs, the symbol of Minangkabau’s matrilineal kinship system, will stand once again. Logs will be moved by passionate young men. Women will lit fire on the field and cook beef in large woks to feed the whole village. This is a starting point for Sumpu on its journey to be a ‘customary land’, preserving its ‘ancient’ look on the beautiful face of Minangkabau, the land whose legacy was once almost forgotten. Sumpu is aiming to be a memorial, a monument that serves as a reminder of Minangkabau’s glorious past amidst cultural extinction surrounding the area. In the land where ancient matrilineal culture (along with its order of doctrine and customary philosophy) is losing its voice, Sumpu is determined to keep its echo constant. 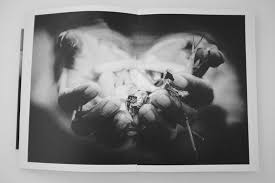 This article published on Saujana Sumpu, photobook of Yoppy Pieter

Saujana Sumpu is published by Pannafoto Institute with an edition of 600. The photographs were edited by Yoppy Pieter and Ridzki Noviansyah (Photobook Club Jakarta). An essay by Fatris MF follows the final image. 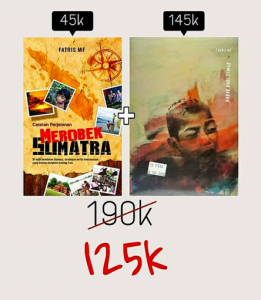 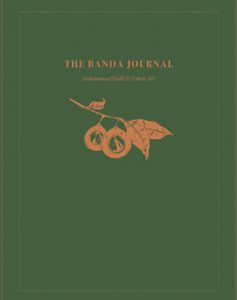